What a days fun was had filming with the absolute gentleman Neven Maguire at Nancy’s Barn for “Neven’s Irish Seafood Trails”. The show will be airing on RTE1 on the 12th of February at 8.30pm so be sure to tune in!

We had a blast and we even got to showcase our fabulous Pollan Beach Strand in Ballyliffin and even better COOK on the beach with Neven.

It’s not everyday we get to do stuff this crazy!!! In a good way of course.

We got to make our new Chowder which we plan to return with to Newport Rhode Island, USA to the World Chowder Cook Off in 2020.

The new Chowder is going to be called “Donegal Toasted Urris Crab, Silkie Whiskey Bacon Chowder” ?… and will be served up with a Probiotic Smoked Apple Wood Cheddar Seaweed Bread.

Thank you so much to my amazing staff and of course Neven Maguire for making this all happen.

We will be serving the new Chowder at our Back Street Grill Bar with a fabulous menu of local produce & beautiful live music.

Thanks guys
Kieran & all the crew 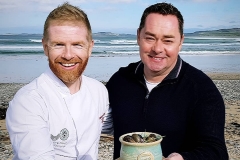 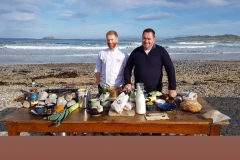 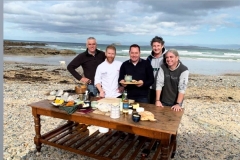 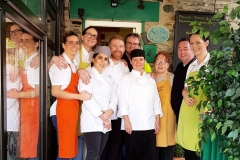 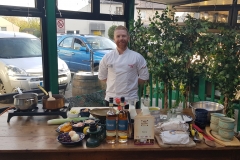 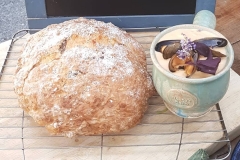